Gender equality is not just a matter of time. It is hard work, also - and especially - during a crisis.

Our society is being put to the test these days. All our attention is focused on fighting the coronavirus. Measures are being taken to contain the virus. Each of us is expected to make an effort. It's one of the crises the history books will make, and we're in the middle of it

A crisis brings opportunities, but also challenges. And in some areas it seems like we never learn. Certainly in the field of gender equality. Where a crisis could be an opportunity to show solidarity and look at everyone's interests, we make the same mistakes as in the past and the gender gap is widening. Many of us believe that equality between men and women and the disappearance of the difference in social status is simply a matter of time, but nothing could be further from the truth. The past teaches us that the path to equality between men and women is a wavy path and we have probably not yet returned to the highest point in history. The transition to gender equality is slow and a crisis or war can easily throw us back years. This painful pattern is also visible in Corona times.

Economically Women will suffer longer from the pandemic

Women are hit harder than men by the pandemic. Not because of their death rate, because the pattern is the other way around there, but mainly because of their worse economic position. The International Labor Organization (ILO) point to the cause being women often earn less, save less, have the most precarious jobs and most often already live in poverty. The consequences of the health crisis, which is triggering an economic crisis, will be felt for this group for years to come. And that while women are the most in the front line in this health struggle due to their overrepresentation in the healthcare sector. Worldwide, women make up 70% of the care sector, in Belgium this is even more than 80%.

Reports of family and partner violence on the rise

Globally, a sharp rise in gender-based domestic violence in times of #stayathome is documented. A UNWomen report documents a 30% increase in reports of domestic violence in France since its lockdown on March 17. Also in many other countries such as Cyprus, Singapore, Canada, Germany, Spain, UK, US and Malaysia. Despite the fact the government of the latter country had explicitly given guidelines to all women not to nag at their husbands in times of lock-down, and as an extra tip asked them to dress up nicely when they got home. Just to make sure we continue to do justice to the saying “sois belle et tais-toi”, even in times of crisis…

No, seriously, even though we are in relative good position in Belgium in this area, here too the reports increase the longer the measures take. The Flemish helpline already registered 70% more calls. So we shouldn't be blind to it. Even though violent women exist, the majority of violent offenders remain men. Needless to say, gender inequality is one of the major causes of domestic violence against women. The lower the social status of a woman compared to the man, the higher the sexual and physical violence against women in this society. Or, the higher the macho content of a culture, the more gender-based violence. Imagine it happens to you just as you are asked to stay at home.

Acquired women rights are at risk of being reversed

In places such as Ohio, Texas and Alabama in the US they placed abortion care on hold under the guise of “non-essential interventions”. The crisis is, as it were, used in these places to implement a "conservative" agenda and to deprive the woman of her right to decide about her own body. The consequences of delaying or canceling this care cannot be reversed. Not only will more unwanted children be born, some of the abortions will now also take place in the illegal circuit, in unsafe conditions.

Time to do it differently! Yes we can!

So let us tackle this crisis instead of making the same mistakes over and over. It would be a good thing if we looked back in a few years and feel that a lot of good has happened during this period and that we have not missed the opportunities. Or as is often said, never waste a good crisis. This is the perfect time to take a leap forward, also in the field of gender equality.

It is not the time for policymakers to reverse acquired women's rights. It is the time to ensure that rights continue to be respected. It is also the time to define behaviors not only in how to curb the virus but also in how we expect both men and women to behave towards each other. Stress, tension and the lock-down may be an explanation, but they are by no means a valid excuse to justify partner violence. Advertising the help lines helps, but being a little more directive about the desired behavior tackles the problem at the root rather than having to work towards a cure. We do the same with the virus.

Now is the time for companies to familiarize themselves with a flexible operating company. Where until a month ago it was too much the norm to justify why you wanted to work flexibly, flex roles should be the standard in the future. A change in mindset around flexibility is important to pave the way for equal opportunities for partners who both want to pursue a career. It can also help companies manage their workforce and cost structure in a flexible manner. So a win win

It is an excellent opportunity for educators to give the right messages to their children. Show that men as well as women can combine homework with care. Do each your part. Teach your sons, just like your daughters, that nursing is not a woman's job but a hero's job, accessible and equal for everyone. Finally, set a good example for all. Respect each other, also at home. If we each change our behavior in favor of gender equality, others can follow. Even in times of crisis we have the perfect opportunity to remove the double (uneven) standard around boys and girls, men and women. It is without a doubt within our reach. Let's positively rewrite the norm around gender (in) equality! 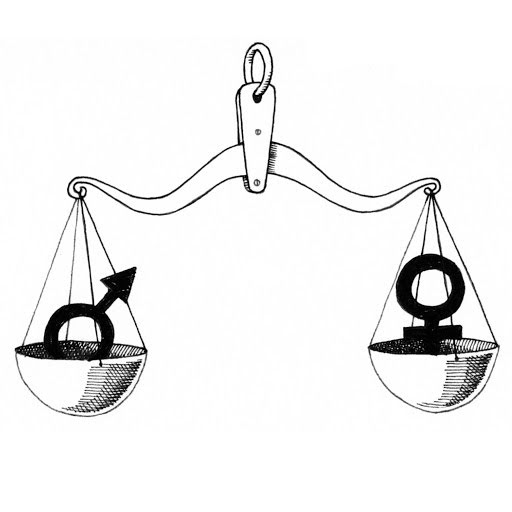